The last week has not not been good for the silver alt coin. After a Coinotron 51% attack scare many holders are speculated to have traded out to Bitcoin- this has caused the ltcbtc rate to drop substantially. It has now dipped to below 0.019 with the dollar rate under $11.

Another reason for the LTC drop may be due to the new alt Darkcoin which is now priced higher than Litecoin with an also higher strength relative to bitcoin. This attractive offer may be pulling away Litecoin speculators.

The ratio is back in the high 0.0247x range after recent lows of 0.022.  This has mostly come about after the mini price crashes felt in all Cryptos recently leaving investors feeling the silver coin is undervalued right now and trade out BTC for it

LTC crashing down to $14

LTCBTC has also taken a drop into the 0.26 region. 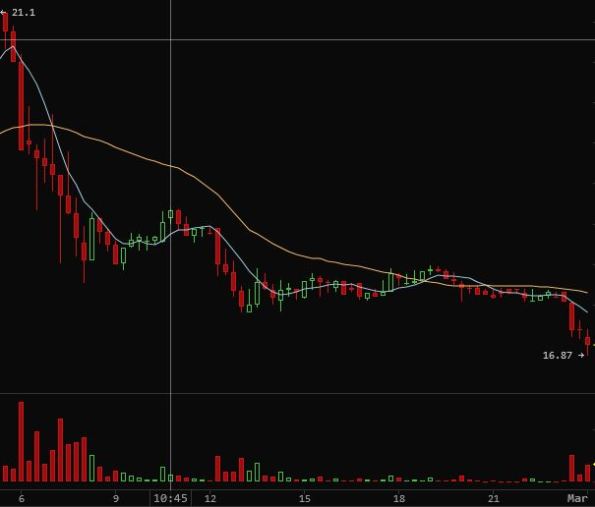 Meanwhile LTCBTC is nearing close to dropping below 0.028

LTC/BTC drops back down after anticipated Huobi launch

This is great news for anyone interested in trading LTC/BTC which recently has seen a rise to 0.03 from 0.027 a few days back.